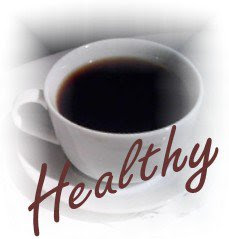 (NaturalNews) Recent research suggests that drinking caffeinated coffee daily may protect against developing Alzheimer's disease, diabetes, prostate cancer, depression and more, according to reports from Science Daily. Animal studies at the University of Florida discovered an ingredient in coffee that interacts with caffeine and increases blood levels of granulocyte colony stimulating factor (GCSF), a growth factor that that prevents the production of beta amyloid plaques, which are thought to be the causative factor in Alzheimer's disease. Researchers reported that daily consumption of caffeniated coffee by middle-aged and elderly individuals markedly lessens the risk of developing the disease.

Treatment with caffeinated coffee increases memory capacity in Alzheimer's mice. The animals were treated with drip coffee and at the time of this article, scientists are unsure of the effects of instant coffee on the brain. Similar positive results were not evident in those mice treated with decaffeainated coffee or caffeine in other forms. Although testing was completed on mice, researchers have soon-to-be-released clinical evidence indicating coffee's ability to protect humans against the ravages of Alzheimer's disease.

It appears that four to five cups of caffeinated coffee daily are necessary to produce the increase in GCSF and protect against Alzheimer's. This amount may seem high for the average American coffee drinker, who consumes approximately 1.5 to 2 cups daily. Researchers suggest that using coffee to protect against Alzheimer's should start in early middle-age, between 30-50 years old; however, older people are also likely to benefit from consuming caffeinated coffee daily.

Coffee is rich in antioxidants and anti-inflammatory agents, which provide the body with additional ingredients to increase cognitive function to protect the brain; as well as protect against other diseases of aging, such as Type II diabetes, depression, stroke, and Parkinson's. Studies also suggest coffee may help fight against breast, skin and prostate cancer.

Reports in the Journal of Agricultural and Food Chemistry discusses the effects of caffeine in coffee regarding the prevention of Type II diabetes. Animal studies were performed on mice, which showed that caffeinated coffee helped control blood sugar levels and insulin sensitivity, lowering the risk of developing the disease. Coffee also triggered other beneficial changes in their bodies, further reducing the risk of diabetes. Researchers believe that it is the caffeine in coffee that acts as an anti-diabetic compound.

Drinking two to three cups of caffeinated coffee daily may also lower the risk of depression in women by 15%, according to research published in the Archives of Internal Medicine -- and those who consume four or more cups daily have shown an even greater reduction in their risk of developing depression. Caffeine affects brain chemicals and is known to release mood-altering transmitters.

Additional studies at the Harvard School of Public Health indicated that men who drink six cups of coffee daily have a 20 to 60 percent decreased risk of developing several forms of prostate cancer. The study was published in the Journal of the National Cancer Institute, and indicated that even small quantities of coffee consumption can lower the risk of prostate cancer.

Many people are sensitive to the effects of caffeine, becoming nervous, jittery or unable to sleep. As with all good things, moderation is advised. Before introducing caffeinated coffee to your diet or greatly increasing existing quantities, consult a health care practitioner for the sake of your own health safety.

Sources for this article include:

Science Daily: New Evidence That Drinking Coffee May Reduce the Risk of Diabetes

About the author:
JB Bardot is trained in herbal medicine and homeopathy, and has a post graduate degree in holistic nutrition. Bardot cares for both people and animals, using alternative approaches to health care and lifestyle. You can find her on Facebook at http://www.facebook.com/profile.php?id=100001364941208&ref=tn_tnmn or on Twitter at jbbardot23

Posted by ExhaleBabs at 11:16 AM No comments:

Since Today is WORLD LUPUS Day... I will be featuring some interesting facts & notes about Lupus and what I and my Lupus (lupien) friends encounter on a continuous basis... Be AWARE ! 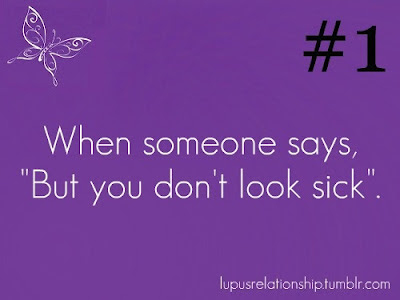 "I receive that in Jesus Name." But sometimes what the person REALLY means is that

I don't believe that you are sick!


Lupus is an unbelievable disease. It usually causes turmoil within the body, sometimes affecting the systemic system (Lungs -- my lungs collapsed 3 times; and now there is one); the heart (been there); liver, kidney, etc. But, sometimes Lupus influences the outside of the body, i.e., the butterfly rash, the wolf rash, inflammation (moon face, etc), ulcers, cold sores, etc. It took some time for family, friends, acquaintances, and my job to believe that I was challenged with a disease. For example with regard to my career, I was feeling awesome one minute, and the next few minutes I either had to be hospitalized or home bound. My job just could not accept that it was sickness... despite the hospitalizations. The rationalizations behind the illnesses whereby I was 'looking good but feeling sick' was incomprehensible the workforce despite the many years of dedication and great attendance record. After documentation and outward symptoms, finally belief; and, eventually relief. Now, I am so grateful and thankful now that I have my OWN home-based business!!!

With regard to friends, Lupus affected commitments, of course! To accept an engagement and then later having to cancel.. was just unacceptable and unbelievable to most of my friends. And to see, 'well I have to let you know,' just did not fare well with friends. Thus, Lupus can also be a 'lonely' disease. More to come!!!

Barbara
My fun based business
Posted by ExhaleBabs at 10:47 AM 1 comment:

What Is Lupus?...
Systemic lupus erythematosus is a chronic autoimmune disease that can affect the joints and almost every major organ in the body, including the heart, kidneys, skin, lungs, and brain. A person’s risk of developing lupus appears to be determined by genetic (hereditary) factors. However, the onset of the disease may be triggered by environmental factors such as infection, sunlight, or stress. In autoimmune disorders such as lupus, the immune system, which is designed to protect against infection, mistakenly attacks the body’s own tissues and organs. The major hallmark of this autoimmune attack is inflammation. The course of lupus varies and is characterized by alternating periods of flares (increased disease activity) and remissions. Some people with lupus experience only mild lupus symptoms and have few complications. Others experience frequent flares that lead to moderate or even severe complications...

Who Gets Lupus?
The number of people with lupus in the United States has been estimated to be as many as 1.5 million. Anyone can develop lupus, including children, but certain people are more likely to develop the disease. The ALR-funded International SLE Genetics (SLEGEN) Consortium research project has indentified links between specific genes and women with lupus. Nine out of ten people who have lupus are women, and the disease usually strikes during the childbearing years. Lupus is three times more common in African-American women than in Caucasian women and is also more prevalent in women of Latino, Asian, and Native American descent.

What Are the Symptoms of Lupus and How Is it Diagnosed? Unfortunately, the warning signs of lupus can mimic the warning signs of other diseases. Common symptoms of lupus include persistent low-grade fever, extreme fatigue, and painful or swollen joints. The so-called lupus rash, which often manifests as a butterfly-shaped reddish or purplish rash across the bridge of the nose and cheeks, is another common medical sign. However, no single test can be used to diagnose lupus, and it may take several months or years after symptoms first appear for doctors to make a definitive diagnosis. There are blood tests that a doctor can use to help diagnose lupus, but none of these tests are definitive.
Posted by ExhaleBabs at 10:32 AM No comments: